The Monte Cristo Homestead is located in the town of Junee in New South Wales, Australia. It was constructed in 1885 extending on the original property bought in 1875 by local pioneer Christopher William Crawley. It is a doubele storey victorian style manor and is located on a hill that overlooks the town. The Crawley family lived there until 1948 when it was then left empty until 1963. The original house built in 1875 can still be seen on the property along with the stables, coachhouse and Dairy.
Mr Crawley was a very wealthy man who helped make Junee what it is today. His wife was known to be very well to do and was always dressed very well, usually in a black lace dress with a black lace cap . She was known to run the house with an iron fist. Emplyees would later claim and recall times where they were harshly treated at the hands of Mr and Mrs Crawley.
Mr Crawley live at Monte Cristo unti his death in 1910 at the age of 69 from heart failure. Mrs Crawley then became a recluse in her own home, very rarely leaving it for the rest of her life. She also died at Monte Cristo in 1933 at the age of 92 from heart failure. Parts of the family remained at the property until 1948.
While it stayed empty until 1963 all of its beautiful furnishings and charms were sold. Once it was bought in 1963 by Reginald and Olive Ryan it was a shell of its former self, rundown from neglect, vandalism and age. The Ryan's still own the property to this day and helped restore it back to its original glory.
It is now a local museum and ghost tours are held there quite often including overnight tours for those brave enough to stay in the haunted bedrooms. 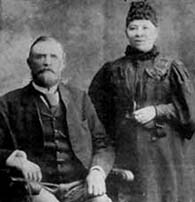 Mr and Mrs Crawley
Being such an old property the homestead comes with its share of myths, stores and truths. There has been a reported number of disasters at the homestead over the years that may have lead it to become the most haunted house in Australia.
A maid was pushed off a balcony, a stable boy that was burnt to death, a little girl dropped down the stairs after she was pushed out of the hands of the person holding her. There were women that died in chidlbirth
There was also the tragic tale of the retarded son of the head housekeeper who was reportedly tied up in the outhose for 30 odd uears.
The caretaker in 1961 was shot dead on the property by someone who had watched the movie Psycho.
There were young aboriginal girls part of the stolen generation that were sent to the property from te Cootamundra Girls Home to work and be trained on how to be maids and farm workers. A lot of these girls still report seeing strange things. 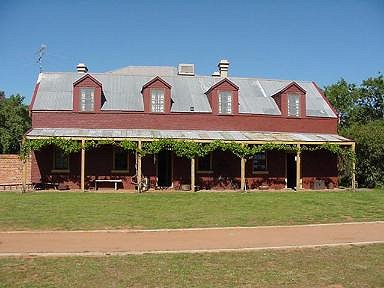 The original homestead built in 1875 that still stands before the new one was built in 1885.

THE GHOSTS AND HAUNTINGS

One of the earlier known hauntings after it was bought in 1963 was reported by the now owners. They were driving past it at night and the place was illuminated like all the lights had been switched on. They thought this quite unusual and went to investigate to see if there as a reason for them being on.
As they drove through the gates all the lights disappeared and the house went back in to darkness. They tried to debink what had happened but could not come wup with a logical explanation as there were no windows so it could not have been a reflection and the power had not been connected to the property yet.
It is something that they will always remember and was the start of strange experiences at the property. This exact scenario happened 27 years later
to their then 21 year old son and once again no explanation could be found. 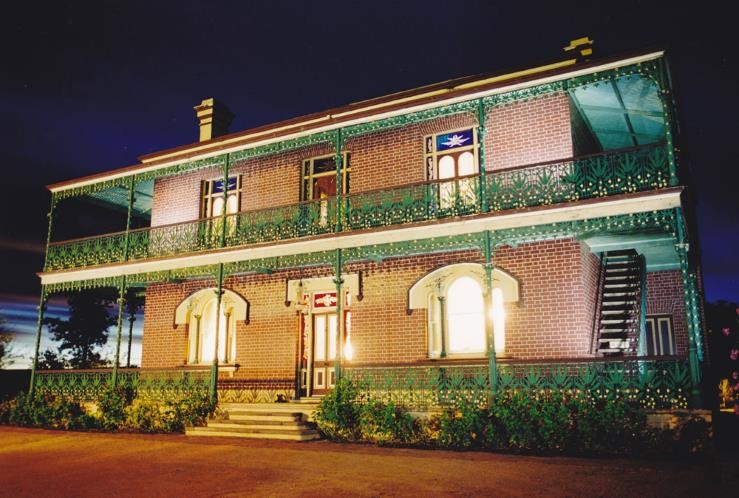 Monte Cristo at night, lit up as it would have been for the experiences had by the current owners only to fall into darkness as they drove through the gates.
Mrs Crawley is thought to haunt this location and is often seen walking the front verandah.